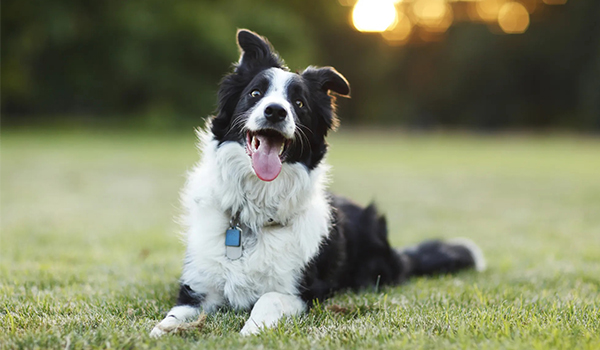 Dogs do speak, but only to those who know...

Dogs do speak, but only to those who know...

The organization was established in the year 1888 as ‘Bangalore Society for the Prevention of Cruelty to Animals’ and was registered as a charitable society on 24th May 1916. The name of the organization has changed to ‘Karuna Animal Welfare Association of Karnataka‘ on 30th September 2001. Karuna is a member of WSPA, England and North Shore Animal League, USA. 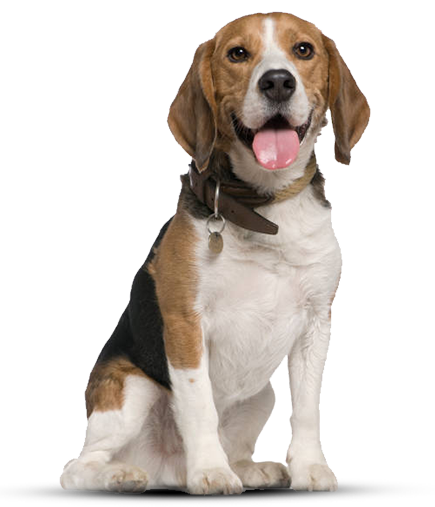 KARUNA AT A GLANCE

KARUNA AT A GLANCE

BECAUSE WE REALLY CARE ABOUT YOUR PETS

BECAUSE WE REALLY CARE ABOUT YOUR PETS

Karuna, one of the oldest animal welfare organization based at Bangalore is in the Southern state of India, Karnataka. The Karuna Trust (Karuna means “kindness”) is a nonprofit organization in the state of Karnataka that takes care of stray, abandoned or abused animals, conducts animal welfare activities, and humane education under the able leadership of Dr. B. C. Ramakrishna, a true animal lover at heart and an accomplished veterinarian by profession.

My association with Karuna dates back to 1999-2000, as a 3rd year veterinary student, when I got enrolled as a volunteer to work in the shelter and assist in their ongoing activities. I started working as a full time Veterinarian after graduating from the Veterinary College, Bangalore, in the year 2002. It was my dream come true! During my tenure here at the shelter, I have reinforced my skill at loving and caring of animals, mentoring and training new volunteers, and actively involved in animal welfare activities in all over Karnataka State and other parts of India.

In the year 2008, decided to further my education and came to the United States to pursue higher education at the Kansas State University. But, I still follow the principles and ideology of Karuna and started spreading animal welfare awareness/activities for the graduate students/scholars/veterinary student community. Again, all the Karuna activities here at the Kansas State University are conducted under the guidance and support from Drs. M. M. Chengappa (recipient of Karuna Award for National Progress for the year 2010) and T. G. Nagaraja (recipient of Karuna Award for National Progress for the year 2010). Since 2009, I have been observing animal welfare fortnight here at the Kansas State University commemorating Sri Basava Jayanthi, birthday of Lord Basavanna, the 12th century saint philosopher and social reformer who raised voice for the cause of animals. Last year, we celebrated Karuna animal welfare fortnight in collaboration with ‘International Veterinary Student Association (IVSA)’ with a lecture from Dr. Tim Skupin. Dr. Skupin is very passionate about human and animal health in less-developed countries. From the past 5 years, Dr. Skupin has been traveling to Northern India (Himalaya) as part of an ongoing effort to improve sustainable livestock production.

Karuna is always looking for youth and cheerful volunteer force and take this monumental animal welfare to greater heights not only in India but also across the globe.

Always for a good cause,Karuna Welfare Association of Karnataka (formerly BSPA) is a 100 years old temple giving protection for animals in distress and pain. Philanthropic people say “service to human is service to God” if the same slogan is reflected as “service to Animals is service to God” in the minds of global population. This is going to be huge booster and resources to the worlds Animal Welfare Organizations.Animal loversdesire the slogan - “ service to Animals is service to God” to be printed on the top of name boards and letter heads of Karuna. Based on this philosophy and idealism Karma has been offering animal welfare services to all kind of animals suffering from disease and pain.

Karuna with the history of 100 years of selfless service in animal welfare services and is celebrating its centenary year from May 2016 to May 2017.

The Karuna under the name of the Bangalore Society for the prevention of cruelty to animals (BSPA) was established by the major, EG HART in 1916 and registered with the register of joint stock companies as per the societies Act 1860. The name of the BSPA has change to Karuna Animal Welfare association of Karnataka on 30th of September 2001. Since then, with Dynamic and charismatic leadership of Dr. B.C. Ramakrishna President, Karuna has grown many folds. He is always been busy in responding to Karuna phone calls, streamlining animal welfare services at the center and documenting all important information of Karuna. He also visits Karuna Animal Shelter and supervises the day to day work of the Karuna staff and shelter. If anything is needed to the Animal welfare, he himself quiet often go to person or contact him by phone for the Quickest practical and unbiased opinion regarding any Karuna matter or problems. If not for his, Karuna would not have been organized or developed as it is today. Dr.B.C. Ramakrishna’s presence as president of Karuna is a source of inspiration and a great resource for the Animal Welfare movement in Karnataka.

The shelter is equipped with operation theatre, examination room, 42 Kennels, 5 open kennels, 1 puppy section, large animal sheds, dog run, aviary, cattery, retired police dogs kennels, shelter facility for other animals and a new building in the south, which can accommodate another 100 animals specially for adult dogs, cats, diseased pets, pups and rabies monitoring rooms and so on. The Karuna is out reaching in its efforts to keep the premises clean and tidy for the stay and treatment of accident, rescued and injured animals. Thus our sheltered animal friends are enjoying their life in Karuna which have been appreciated by enthusiastic visitors to the shelter.

Some people are under the impression that everything on humane Education concerned with animal welfare will be taught in the schools and colleges through the present day syllabus and they argue that henceforth, this programme should be stopped as it is a financial burden on the organisation. Children of our farmers’ community are daily involved in animal welfare activities such as giving bath, providing food & water, maintaining animals’ houses clean & tidy, hand feedingof Bullocks & taking flock of animals to grazing fields. This is a routine culture of our farmers’ community in villages. But, it doesn’t mean that they knows everything about animal welfare and five freedoms of animals’well-being namely:

Therefore, one can’t estimate that whether children of urban or rural community knows everything on Animal welfare movement to bring transformation in the consciousness of the society towards human and peaceful society that has adopted sustainable life style choices is through the integration of an effective human education programme.

Karuna has been working on this programme since 20 years constantly and successfully with lot of inspiration and energy with positive ideology that the Human Education is a most powerful tool on animal welfare movement.With this ideal philosophy Karuna has been conducting lecturers, seminarsaudio visuals, workshops in schools and colleges to bring awareness about animal welfare among teaching fraternity, animal welfare volunteers’ technocrats and general public. As well as Karuna conducts elocution, spot painting, essay writing competitions for school children annually in order to involve them in animal welfare movement and to spread the message of compassion in action towards all living things. This programme has gained huge popularity in several schools in Bangalore city and appreciation of animal –lovers’ particularly teaching fraternity.

Although the Karuna has been conducting ABC operations and ARV vaccinations for stray dogs & pups. There is an increase of stray dogs and increase in dog bite incidences. The management knows that it is a huge task, though it is the sole responsibility of Govt. veterinarians’for the emergence of effective solutions for the rabies and canine population control. Hence, as and when situation arises the Karuna team in co-operation of the Dept. of AH&VS & BBMP is arranging annual systematic door to door free mass rabies vaccination of dogs in rural & urban areas and similarly Karuna jointly conducting effective sterilization of ownerless dogs & free roaming dogs. This has been proven as the best way to go in controlling both dog population as well as rabies.

Prevention of cruelty to animals

If only we could be authentic in everything we do, as people, as members of movement as society making choices, because the suffering of animals is immense. Laws are made to protect all that is good and sacred, but we have no value-for them. From our homes to our streets, from our farms to our markets, from the experimental laboratories to the circuses, to zoos to the forests, to the suffering of animals is endless and relentless.

They lose their homes, their lives, their freedom, their children, their parents on a daily basis. Therefore, management knows it is a herculean task in preventing cruelty to animals due to the active support of vested interests and total apathy from the government servants. Karuna Team attends a number of cruelty cases to stop cruelty perpetrated on animals and educates people to take better care of their animals; Karuna team in co-ordination with the police and forest department officials is trying its best to stop ritual sacrifices of animals at places of worship and in villages. Our team is rescuing number of wild animals which are inhabited in forest areas.

Though there is a provision for every state Govt to have a police officer to deal with crimes against animals in every police station. Unfortunately none of the state Govts has shown interest in setting up animal welfare divisions. The greatest challenge is that as a nation. Our govt is not committed to the welfare of the animals and has it as the lowest priorities. Management is also planningfor means and ways to prevent use of animals in movies, TV serials and use of animals in experiments without anesthesia.

The programme has simple premise in somany meaningful ways, animals are like us, they want to be warm, dry and have a safe place to live to enjoy good meals & fresh water.

The programme has simple premise in somany meaningful ways, animals are like us, they want to be warm, dry and have a safe place to live to enjoy good meals & fresh water.

With this ideology Karuna conducts pet adoption programmes to provide loving homes for dogs, cats, puppies, kittens and the animals. Many of these pets are picked up by Karuna or by people who are shifting their families to overseas and such animals are housed in shelter until suitable homes are found for them. The Management always likesdesire, animal lovers to come forward to adopt pets resting at the shelter or participate in the pet adoption programme to find comfortable home for such orphan pets. Pets will always be kids depending on us for everything meals, walks, love and cuddle.

It is a rare sight to witness volunteers and volunteer groups coming forward and care for the sheltered animals which needs help and care. We appeal to students, youngsters and animal lovers to make available for voluntary services in the shelter.

Karuna is a NGO which feeds and cares for abandoned, homeless, and rescued animals at the shelter. On any day at Karuna shelter there are about 300 dogs, 50 cats, 50 birds and 10 large animals apart from other animals which are rescued and looked after. To feed them its cost over Rs 15000/-a day. Karuna appeals animal lovers for donation in cash or kind for this cause in memory of your loved ones. Come & visit our shelter and let our animals share their stories with you.

Humble thanks always will be there for the services of animal lovers, donors, sponsors and well-wishers. Without your huge financial support and participation, the Karuna would not have been as organized as it is today. It has a network of 11 branches in Karnataka state and presently it is a member of WSPA England and North shore animals league USA